How to Remove Marks From Induction Hob?

Which Areas Will Part-Time Maid Not Clean?

How To Get Rid of Cooking Smells? 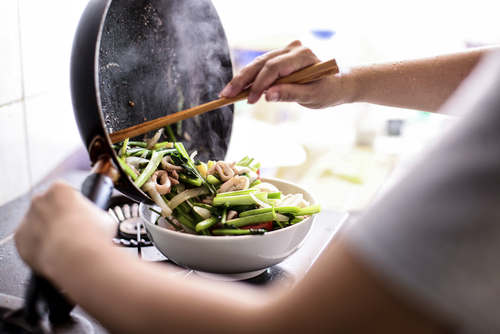 How To Get Rid of Cooking Smells? Airconditioning can remove certain unpleasant cooking smells inside your home. You can put it on ventilation mode so it can suck up the smell and expel it outside. However, constantly using an air conditioning unit to remove cooking smells from your home can rack up your utility bill.

Methods of Removing Cooking Smells From Your Home

Whether you live in a condominium, apartment, or studio-type flat, using an aircon is not always a good idea. It’s expensive and a little impractical since you can’t always open your aircon every time you crank up your burner. So here are some ways to get rid of cooking smells without an aircon.

It’s still a good idea to open your kitchen windows to let the airflow naturally while you’re cooking. The smoke and smells from your cooking would simply flow outside. It would also allow clean air and oxygen to circulate inside your kitchen. However, remember to close the kitchen door that leads to the rest of the house. The smell might permeate the other rooms to the house and stick there.

Boiling some lemons may be a long shot at removing kitchen smells that have been there for too long. But, lemons have been proven to remove some pungent odors. So, boil a bunch of lemon cut in half and add baking soda. Let it sit on your kitchen countertop for about ten minutes. You’ll notice that there is a significant reduction in the smell of your kitchen.

3. Use a charcoal filtered splash screen.

Adding to the repertoire of using household items to eliminate cooking smells are coffee grounds. After a few cups, you can place your coffee grounds in a bowl and leave them on a table. It would absorb the smells from your kitchen, just like the lemons.

Put together an assortment of potpourris such as lemon peels, apple peels, and other spices to eliminate kitchen smells. The nasty odor will be replaced by scents that are pleasant to the nose. The potpourri could also eliminate stink that has stuck to your kitchen walls.

Light one up and leave it on a table or countertop in your kitchen if you enjoy scented candles. Just make sure that it won’t light anything else on fire.

It may sound absurd because an onion smells incredibly dank, but it can eliminate kitchen odors. Cut an onion in half and leave it overnight in your kitchen. It will smell like onion at first, but the scent will go away along with any kitchen smells.

An air purifier can be much less expensive than an aircon unit, and it can remove cooking smells too. In addition, since most air purifiers have carbon filters, they can neutralize any lingering smells in your kitchen.

Since cooking smells tend to cling to the kitchen walls, it’s best to scrub it down every once in a while. First, remove any appliances that may get wet. Next, get a towel and some soap and water mixture and start scrubbing all the walls. Make sure that the towel has no prior smell. Allow it to dry and spray a combination of gentle bleach, water, and a few drops of fabric conditioner onto the walls.

Ceiling fans are perhaps the simplest way of not allowing cooking smells to stay in your kitchen. The fan allows air to circulate, especially when you combine it with open windows. Fans of all shapes and sizes have become highly underrated and underappreciated with the invention of the aircon.

However, they still serve their purpose when it comes to circulating fresh air inside a home. Open your kitchen windows and turn on your ceiling fan to allow the air to flow naturally. Cooking smells will go right out the window with the gentle air from the ceiling fan.

Cooking smells won’t just come from your cooking. The smells in your kitchen could come from different sources. It can come from the sink, your chopping boards, and your potholders. Here are some tips to remove cooking smells from these sources.

Pour some baking soda and vinegar down the drain of your sink. Leave it overnight without rinsing it. The smell should be gone in the morning.

Place a potpourri bag and some odorless pesticide inside your kitchen cabinets to eliminate any cabinet-y smells. The air down there can get a bit stale, so it’s best to do some preventive measures.

Soak your chopping boards, especially the wooden ones, in soap and water. After that, rub a lemon onto the surface, and sprinkle some baking soda. Finally, dry the chopping board and season with some coco oil to altogether remove any remaining smells.

Throw your pot holders into the washing machine and pour some liquid laundry detergent, but don’t add bleach. Also, don’t use fabric conditioners. Hang them out to dry in the sunshine. Please don’t use the washing machine’s dryer as it might ruin the fabric of your potholders.

How To Get Rid of Cooking Smells? – Conclusion

The aircon can reduce cooking smells but not wholly eliminate them. Going natural is sometimes the best way to overcome the odor from sticking to your walls and kitchen accessories. However, it’s a long shot, especially if you’ve had your kitchen for a decade or so. The smell will cling even more if you cook every day.

However, DIYers are finding more ways of using household items and some appliances to remove cooking smells. So it might be a good idea to try any of them to eliminate the smell from your kitchen. 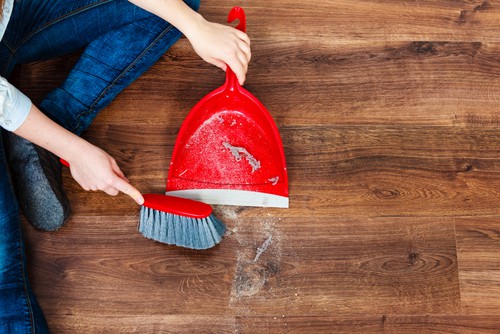 How Dust At Home Affects Our Body?

HOW MAY WE HELP YOU?

CONTACT US
Open chat
Powered by
Looking for part time house cleaner in Singapore? Chat with us today!